I recently read an article titled “One Internet, Two Nations“, which was recommended to me by a very dear person. The article, written by Henry Louis Gates Jr. and published in the New York Times on October 31, 1999, discusses the degree of digital divide within the American society. It does so based on ethnicity, between the white and black communities. Gates’ conclusion was that blacks have a self-imposed segregation between them and new technological tools of literacy.

Gates uses the days of slavery as his starting point, noting that blacks were denied access to education;  the first right they gained after a long legal battle. Then he wonders why blacks are reluctant to embrace the new digital tools, and why a type of cyber-segregation exists.

While Gates may have explored the topic from a brief economical point of view, including a focus on the content offered on these digital tools; I respectfully disagree with his conclusions. I understand that times have changed, and the article was written nearly 14 years ago. But I’d like to throw in a valid point when I think I have one.

Content is not necessarily what’s appealing to people when it comes to using technology or the internet. Its about the culture of a society and how they tend to behave. People of African, Asian, Arab, or even Latin decent, are known to cherish their family oriented values. Something they grew up with.

To prove my point, I suggest you take a walk in a neighborhood known to be predominantly populated by one of the ethnic groups mentioned above. You’ll notice that residents actually enjoy sitting on the porch, and children either skipping, playing sports, or simply “chilling”. They do that not because they can’t afford technology, but because they prefer to be around people.

In a 2009 study conducted by the National Center for Education (USA), only 33% of respondents reported their lack of access to the internet was due to its expense. This percentage however isn’t based on race or ethnicity.  The same study found out that nearly 90% of Whites have/use internet at home, while 80% of Blacks or Hispanics do. Their variance to me isn’t significant when accounting for cultural values.

More recently however, the internet has played  a major role in globalization, uniting different thoughts and cultures through keyboards and extended networks for different causes. Social Media has been successful due to the fact that it revolved around people. Not technology, research, or literature. Thus expanding its users base by appealing to people oriented cultures. 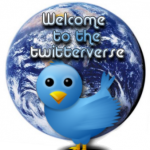 Twitter for example has a “trends” functionality that highlights what people are tweeting about globally. In fact, the term “The People’s Republic of Twitterstan” was used in this article which speaks about Twitter’s trending topics in 2011. Whether it’s a tsunami in Japan or wildfire in Colorado, you can bet that thousands of people are tweeting about it around the glob. Other terms such as twittersphere and twitterverse have also become common, reflecting on the effect of Twitter on its worldwide users.

So if I was to rewrite the title of Gates’ article, I’d call it “One internet, One world”.

View all posts by saudcts